Clive O’Connell was initially taught by Sydney harpsichordist Amy Moran and Nancy Salas at the New South Wales Conservatorium of Music. Moving to Melbourne, he became a secondary school teacher, eventually spending 26 years at Xavier College Senior Campus in Kew where he taught classroom music across Years 9 to 12 as well as piano and organ.

He was organist and accompanist at Xavier from 1971 to 1997, and also organist and assistant choirmaster at Sacred Heart Church Kew from 1982 to 2007 where he also had several organ students.

Parallel with his teaching career, Clive joined The Australian as a music critic in 1974, moving to The Age in 1978 where he continues to review both music and opera.

He was Melbourne critic for the monthly magazine Opera-Opera from 1980 until 2007 when the periodical ceased publication. In addition to his work for The Age, Clive maintains a blog on which he reviews smaller-frame recitals and concerts (in particular, chamber music events), operas, CDs and maintains a monthly concert diary.

He studied at Melbourne University, resulting in a B.A., Dip. Ed. and an M. Mus. He is currently researching towards a Ph. D. on Australian music criticism.

Clive is a member of the Helpmann Awards nominating panel for Opera and Classical Music. Clive has given occasional seminars in the Music Faculty of the University of Melbourne, conducted a course in Career Marketing in the Music Faculty of Monash University, and both lectured and supervised tutorials and work experience in Project Management for three faculties at the University of Melbourne. 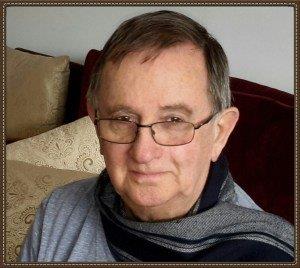